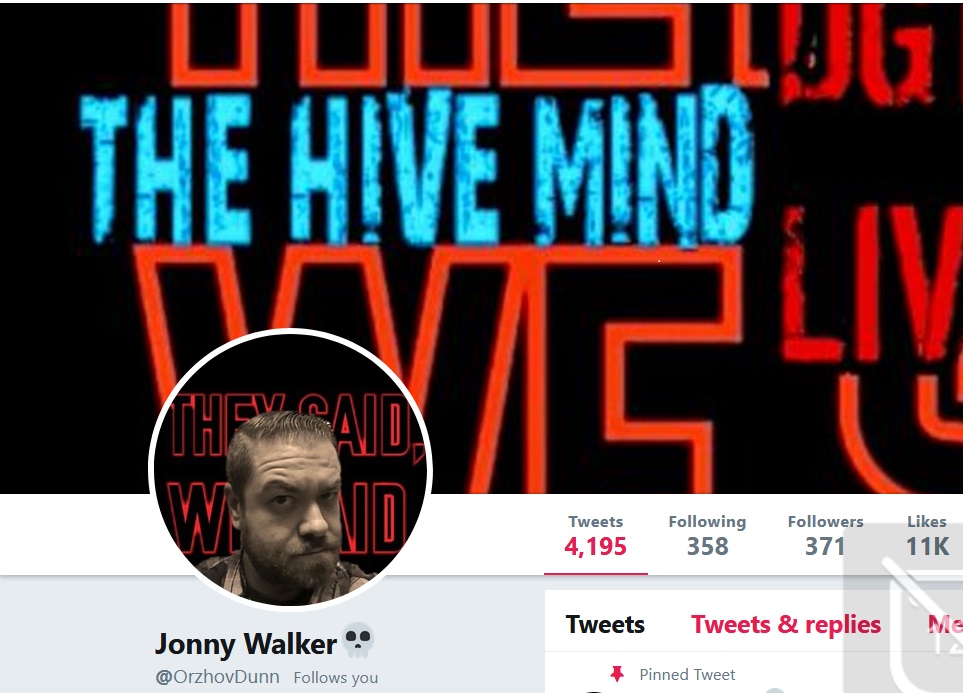 Today I bring you a review of a fellow human being.

You see that guy up there at the top of your screen. Yeah, dat guy.

That is my good online buddy Jon Dunning. He's a movie buff and Red-Letter Media addict. More importantly, he’s a player of Magic the Gathering and he’s doing something pretty cool.

A little while back he started running an interview series called The Hive Mind. This series was originally a prerecorded format where he would conduct interviews with members of the Magic the Gathering community to learn about who they were and what made them tick. Some of his early guests included people like Randy Buehler, Sam of Rhystic Studies, Kevin from Rogue Deck Builder and many more.

Eventually he took a temporary break from the series. A new job and relocation to the Seattle area (no, he’s not at wotc) did play a role in the break. During that time, he did some assessing of what he was looking for and how to balance his content creation with his gamming life. Eventually he paired his magic card collection way down and converted some of that cardboard into sweet technical upgrades for the content creation he was getting into. This brings us to what I like to think of as The Hive Mind 2.0.

The first slam dunk was the upgrade in his sound thanks to a new Yeti USB microphone by Blue. The next improvement was going to a live format using the streaming feature on Youtube. This was a great move allowing viewers an opportunity to have real time interactions with Jon and his guests. I personally have had the good fortune of getting some of my questions answered at the end of the interviews and his guests gave some very insightful responses.

Who are some of these guests of late? Oh, you know. Nothing huge. Pro-player Brian Braun-Duin showed up for a chat. Ted and Efren from Cardsphere were recently on. Oh yeah, and some teacher dude showed up from some community college….Yeah. You heard me. The Professor of Tolarian Community College showed up for an interview with Jon Dunning. We even got a little sneak peek at how prof really feels about Channel Fireball. I dare say we can expect to see even more #walue in the near future ?.

The end game is simple. If you haven’t been watching The Hive Mind by Jon Dunning, get there. If you’re not already following Jon Dunning on twitter @OrzhovDunn, get there. Let me tell you something. This fine fellow human being of ours is a micro brewer of online content that you will want to see the evolution of and he is absolutely going to get there.